Beyond the Entrepreneur – Sacha Lord 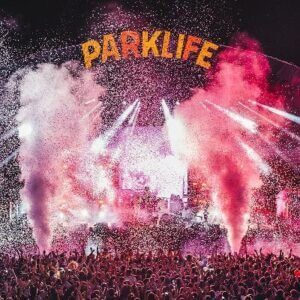 What do we know about him? He was born in Altrincham and educated at Manchester Grammar School; he is not only a music entrepreneur but also co-founder of the famous Warehouse Project. He also co-created Parklife Festival and is one of the creators of Hideout Festival in Croatia. Yes, he likes festivals.

Anything else? That might sound enough for most entrepreneurs, but Lord was also appointed as Greater Manchester’s first Night Time Economy Adviser in 2018, and was recently catapulted into the public eye as the leading voice for UK hospitality during the Covid-19 pandemic.

What inspired him? He’s quoted as saying: “I’m from Manchester and so is Sam Kandel, my business partner. We grew up here and both experienced the explosion of clubbing in Manchester—especially when The Hacienda peaked in 1988. I started promoting in ’94, running student nights, and did that for six years before I started off at The Hacienda.”

What was his route to success? Funnily enough, Lord says he started off at the Hacienda with an error of judgement: “The biggest mistake I made was the very first night I did at The Hacienda on the 4th of July, 1994. I put a student night on a Monday and it wasn’t until I walked into the club that I actually realised it was outside of term time. So that was a bit of a **** up [although] I actually broke even on it.”

He went on to reopen Sankey Soaps (more commonly known as ‘Sankeys’) in 2000 which is where he met Sam Kandel. In 2003, Lord and Kandel held a warehouse party called ‘Run’ which planted the seed for the launch of Warehouse Project in 2006. Warehouse Project has since played host to internationally acclaimed artists such as The Prodigy, Chic, Chemical Brothers, Pete Tonge, Armand Van Helden – and many more. Parklife Festival quickly followed in 2010 and brings more than £10m to the local economy each year.

Pet peeve: Lord hated man bags so much he banned them from the Warehouse Project (although in 2019 he announced on Twitter that the ban was lifted...)

Do say: “You really re-ignited the clubbing scene in Manchester with the introduction of Warehouse Project and Parklife Festival.”