Beyond the Entrepreneur: Jonathan Warburton 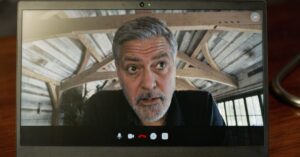 The numbers:  In 2019, Warburtons’ net worth was £399.6 million and Jonathan Warburton himself has total assets of around £944.6 million in 2020! The business employs over 4000 people, produce over 2 million bakery goods each day and has 12 bakeries across the country.

How did he do it? Warburtons was started in 1870 by its first generation, Thomas Warburton and his wife Ellen. It was originally a grocery shop in Bolton. In 1876 there was a slump in the grocery market so Ellen Warburton starting baking bread. Her first batch sold out in under an hour so they renamed the shop ‘Warburtons the Bakers’. Warburtons are now the largest bakery business in the country and still remain a private family-owned business, now actively managed by the fifth generation of Warburtons.

One bright idea that helped the business grow: Jonathan started his working career as a salesman for Unilever before joining the family business at 23 years old. He worked his way through the ranks of the company working as the National Account Manager, Sales Director and Marketing Director for Warburtons. In 1991, Jonathan took on the roles of Managing Director and Commercial Director when his father retired. Jonathan was determined to take the business to another level and not spend a lot of time looking at the past: he wanted Warburtons to be a national brand.

The business has expanded enormously in recent years and is now a household staple. Jonathan brought the business into the new age of technology, convincing his parents to start television advertisements.

Latest news: George Clooney is the global star appearing in the current Warburtons’ ad, following in the footsteps of such Hollywood big hitters as Robert De Niro and Sylvester Stallone.